Hi there. Could you connect me with the manager of Martin Laird? Thank you Stephane Barras.

Hi Stephane, Thank you for getting in touch with us.  How can I assist you? Kindest regards.

I just moved to Scotland and wish to support a Scottish player. After doing some research I found out that Martin is the best candidate as his PGATour putting stats are suffering... I trust I can reverse that and with it improve his ranking. How could we proceed? Thank you for your assistance. Stephane Barras.
Hi Stephane, Thank you for reaching out, but Martin has just began working with a new putting instructor. Kindest regards,
Thank you for your reply. This is a great news. It shows that Martin understand/look/considers his stats seriously and more his SG Putting where he currently stand at -497 ranked 191th Martin's worst stat. Thank you again for helping with all this. Cheers from Thailand the other side of the world. Stephane Barras.

Joel Girrbach started his pro career late 2014. Early on and over a period of 7 months, Joel used CaddiePlayer solution. With the guidance of CaddiePlayer founder, Joel entered a total of 39 rounds establishing a impressive SwingScore Avg of 68,1. Since, Joel is one of the leader of Swiss Pro Golf scene and the latest to play regularly on the European Tour.

"Joel Girrbach got a huge potential. This is what CaddiePlayer data reveals"

Andre Bossert turned professional in 1989.  In 1992, Andre won the Kenya Open where CaddiePlayer Founder Stephane Barras was living at that time. Since they have kept contacts cross communicating exchanging golf performance subject related. Andre Bossert is to date the only Swiss Player to have won both on the Regular and Senior European TOUR.

Since june of this year Andre has been actively using CaddiePlayer solution more specifically the PuttZones training system.

"It has been great working with Stephane on my putting this year. When we got together in June I felt like my stroke was very good but my putting stats were not showing it, in fact my putting was just bad.

With Stephane’s easy to use statistics we identified my weakness and set on a path to improve it with specific drills & games.

He has kept me motivated with constant feedback & last week my putting stats were off the chart great & it feels so so good to finally say I AM A GOOD PUTTER!"

My Facebook stories: Garcia (PGATOUR), Reid (LPGATOUR) and Rai (RolexSeries) all winners that I met...

From Scotland, Aberlady, The DucksInn

I never been physically so close to a Tour event as well so far. Last week Scottish Open was supposed to be the first "Open to the Public" European Tour event when a week before the 850 privileges spectators where called off due to the raise of Covid19 case.

As I moved to Scotland early this year living next to Renaissance Private Golf Club home of the 2020 Scottish Open, I was expected to be back on site to see some actions as well to say hello to our past CaddiePlayer clients (Jacquelin, Bhullar, Pavon). Instead I end up doing daily stories on Facebook and to find out Ian Poulter was doing it too from his Renaissance suite overlooking the golf course how cool is that!

"The past months, I have noticed Ian Poulter to be very active on Social Media."

In one hand is it quite interesting to see Poulter's inside life, especially when he cooks steaks for his caddie... and I must say he is quite good at it. In the other hands it's rather discouraging as at the end my Facebook Scottish Open stories was watched by 22 viewers only as Poulter's by 700.000 +....

I would have thoughts Poulter's social media activation might have caused some distraction to his game but it happens exactly the opposite as on Saturday  he was into the lead for some times before the storm rain came about to cost him shots > https://www.golfchannel.com/video/2020-scottish-open-rd3-poulter-fleetwood-talk-weather. Poulter managed to finish T6 earning €171,944.64.

It was my first Facebook stories week and probably my last. It's so much time consuming.... I am very surprise to see how active this new function is those days and more they all cross share between Instagram, Facebook, TikTok so being on Twitter as well you kind of get lost confused where you need to be...

At the end of the 4 rounds, Arron Rai probably one of the most FOCUS ON TOUR and the less active on Social Media was the Winner.

"Last year, I had the opportunity to follow Aaron Rai,  when I notice his focus set."

Just as Aaron lifted his Scottish trophy, one of his sponsor, a Online golf school posted a Swing Lesson Drills on Instagram. A few minutes later 76'000 viewers... How can you beat that?

All this was almost under shadow by the Sergio Garcia's Eyes Closed Putting wins in USA as well Melissa Reid her first LPGA Trophy, both players were parts of our 2011 putting research! 9 years ago, Facebook stories didn't exist then...

https://www.instagram.com/meandmygolf/ as well celebrating it's 10 years with one billion users > https://about.instagram.com/about-us/instagram-product-evolution

Sergio's eyes closed putting explained > His performance perception 9,5 out of 10. We did his PZR @PuttZones.

Sergio Garcia explains the logic behind putting with his eyes closed

"It's up to the golfer if he or she wants to perform better. Seriously, it's that simple."

If you want to improve, it's down to you. As soon as you get called to the first tee, you're on your own. The work has been done. Your biomechanist and your swing, short game and putting coaches have given you the technical fundamentals and your psychologist/mentor/performance coach/data and stats analyst have helped you to manage your mind, yourself and your expectations. You have a strategy and a plan. Your movement has been improved through kinesiology and your strength and conditioning and nutritional experts have prepared you to be in the optimum physical condition for this moment.

"That's a lot of people but ultimately, it's up/down to you as to how you perform and what you score."
And there will be ups and there will be downs. This is a game of never-perfect after all. It's also a game of huge variables, you will be 100% getting up and down one day, 0% the next. Most specialists in golf help with your practise and preparation. There are less of us who are dedicated to measuring and reflecting. Yet we need data, facts and stats in order to help to shape our practise and focus our minds.

As a European Tour winner (including of the "fifth major") client of ours says,

"if you're not assessing, you're guessing".

At Golf Data Lab we believe that the "Circle of Golf" interlinks all three functions and that they are interdependent. In order to perform better and find greater consistency, we will have practised hard, practised smart and prepared well. After performing, we reflect and learn what we did right, wrong or indifferent and this shapes the composition of our practise, how we prepare and what we tweak or change for the next time. 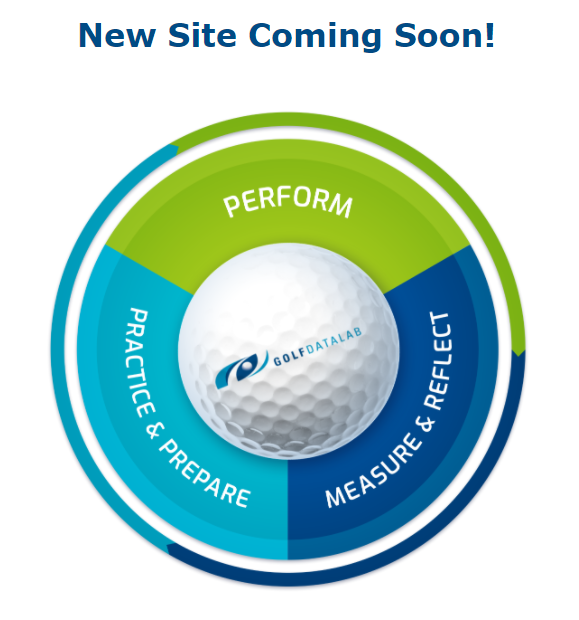